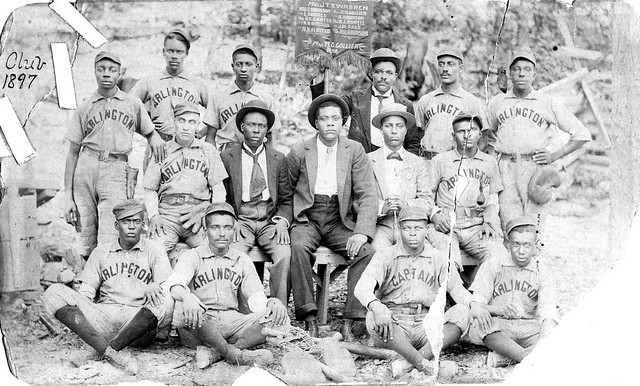 The Hot Springs Arlingtons were a Negro baseball team based in Hot Springs, AR from 1896-1903. 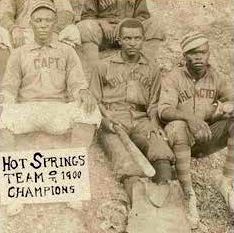 Hot Springs Arlingtons, 1900.
The Hot Springs Arlingtons, along with the Little Rock Quapaws, were the first Negro baseball team in Arkansas to attract significant popularity. The team first appeared in 1896 with an undefined degree of affiliation with the Arlington Hotel in Hot Springs.1 Home games were played at Whittington Park and were well attended by black and white patrons alike.2 The team's most frequent opponents were their in-state rivals, the Little Rock Quapaws, with whom the Arlingtons periodically competed for the title of Colored Champions of the Arkansas.3 4

At the onset of the 1897 season, the Arlingtons and Quapaws both participated the formation of a southern Negro league, which in addition to Hot Springs and Little Rock, was comprised of the Memphis Cliffords, the Pensacola Acmes, the Birmingham Unions, and Montgomery, AL.5 6 7 After playing a series of games with Little Rock, Memphis and Birmingham, the Arlingtons ceased league play as a result of the league's costly travel schedule.8 Notwithstanding the failure of the league, the Arlingtons and Quapaws both continued to play out the remainder of the 1897 season, which in addition to numerous games against each other, included a series of unprecidented interacial baseball games. In early September, the Quapaws challenged their white counterparts, the Little Rock Senators of the Arkansas State League, to a series of games.9 Likewise, the Arlingtons soon challenged the Hot Springs team of the Arkansas State League to a series at Whittington Park, which was played on September 10th and 11th. The Arlingtons played competitively against the white professionals, but lost both games.10 11 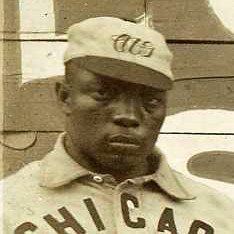 Rube Foster
The Arlingtons were largely absent from the 1898 baseball season, perhaps as a result of the Spanish-American War and the death of the team's sponsor, Alfred Holden in February. Nevertheless, the team returned to competition in 1899 and continued to play regional teams for several more seasons. Between 1901-1902, the Arlingtons frequently hosted Negro teams from Texas. Among those who faced off against the Arlingtons was Negro baseball legend Andrew "Rube" Foster, who pitched to much fanfare on the mound at Whittington Park as a member of the Fort Worth Colts. However, by 1903, the Arlingtons were less prolific, perhaps a result of new legal and social constraints being placed on black Arkansans at the time.12 In 1904, the team may have played under the name of the Hot Springs Blues. 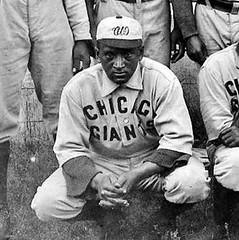 Dave Wyatt
Much of the historical documentation relating to the Arlingtons owes its existence to Dave Wyatt, a well-known Negro baseball player who later became a respected sports journalist. When writing for The Freeman of Indianapolis, IN in February 1910, Wyatt recalled how he had joined the Arlingtons in 1897 and had played in front of segregated crowds of enthusiastic fans.13 Wyatt also gave mention to a number the team's former players, including several who like himself later found success playing professionally across the nation. Most significantly, Wyatt indicated multiple times that Rube Foster had at some point played with the Arlingtons.14

The following are excerpts from Wyatt mentioning the Arlingtons.

"Some well-known players who have played with the Arlingtons of this city are: Campbell of the Minneapolis Keystones, Miliner [sic] of the Gophers, “Herm” Evans, catcher once of the Philadelphia Giants; Rube Foster, David Wyatt, Julian Ware. This club has defeated Gatewood, “Dago” Davis, Foster."15

"It is not generally known but anyhow Hot Springs had at one time one of greatest colored baseball teams in the country. They speak with much pride of the games in which they defeated Rube Foster. They have won above three or four games from Rube Foster, one a 17-inning affair and a 1-0 game."16

"About thirteen years ago the writer landed in this little burg and noticing some boys with uniforms on I asked for a chance to 'butt it' on the practice. I made a hit with the gang and became a member of the team known then as the Arlingtons. We had some warm contests, usually winning. Mr. Al Holden, formerly an old minstrel man from up around Boston, was head waiter at the Arlington at the time and as he had a sufficient supply of this world's goods, he was picked as the real "angel" to back the club. We were in a strained condition owing to the location of the Springs, which made opponents hard for us to get. So we organized a league of the following cities: Hot Springs, Little Rock, Memphis, Birmingham and Pensacola. The season opened in Hot Springs, our opponents being Little Rock, who to our surprise had covered the distance of 64 miles between here and Little Rock in a wagon. I thought if this was going to a wagon-road league we would have to have a lightning calculator to get up our schedule for us. Hot Springs started on the first swing around the circuit, playing four games in Little Rock, four at Memphis and seven at Birmingham. The attendance in all cities was good. Of course, there were separate grandstands in all places for whites and colored spectators --strange to me, but the whites were in the majority at all times and were greatly interested in our players. In getting up this league we had overlooked the mileage end of the "biz", and it later proved to much for us; we had one jump of about 300 miles, one 250, one 210, and 60 was the smallest. We finished the series with the Birmingham and disbanded"17

"Dave Wyatt, ‘Rube’ Foster and Fred Fields are living members of that famous team [Arlingtons] who are still active."18

"[Rube] Foster's pitching attracted the attention of this writer in 1897 at Hot Springs, Ark. I was a member of a baseball club known as the Arlingtons of Hot Springs. They were considered one of the best in the southern states. The Waco Yellow Jackets was another great club. It was a "toss of the coin" as to which was the best."19

12 The last known games played by the Arlingtons occurred in May 1903. In June of the same year, legislation requiring black Arkansans to sit in the back of public streetcars was put in effect. Consequently, many blacks boycotted or otherwise avoided public streetcars. This made it difficult for black fans to attend games at Whittington Park, which was located at the end of Hot Springs' streetcar line. Furthermore, Whittington Park was owned and operated by the Hot Springs streetcar company.

99 No-hitted by Rube Foster (Rube Foster in His Time: On the Field and in the Papers with Black Baseball's Greatest Visionary, by Larry Lester)

110 This game was the fourth of a series against the Fort Worth Colts and was probably played on 6/5/1902.

121 Possibly a mistranscription of "Patillo."

145 "Notes on the Game", David Wyatt, Freeman (Indianapolis), 2/5/1910 The details described by Wyatt of his time with the Arlingtons correlates to the 1897 season.

153 The 1900 U.S. Census lists John Jones, Alexander Jones, Que Simpson and William Bryant residing at 405 South Whittington in Hot Springs. The 1900 Arlingtons team included players named Baby Jones, Jones, Simpson and Bryant, so it seems reasonable to assume that the identities of the players are the same with those in the census.

158 The 1900 U.S. Census lists John Jones, Alexander Jones, Que Simpson and William Bryant residing at 405 South Whittington in Hot Springs. The 1900 Arlingtons team included players named Baby Jones, Jones, Simpson and Bryant, so it seems reasonable to assume that the identities of the players are the same with those in the census.

160 The 1900 U.S. Census lists John Jones, Alexander Jones, Que Simpson and William Bryant residing at 405 South Whittington in Hot Springs. The 1900 Arlingtons team included players named Baby Jones, Jones, Simpson and Bryant, so it seems reasonable to assume that the identities of the players are the same with those in the census.

162 The 1900 U.S. Census lists John Jones, Alexander Jones, Que Simpson and William Bryant residing at 405 South Whittington in Hot Springs. The 1900 Arlingtons team included players named Baby Jones, Jones, Simpson and Bryant, so it seems reasonable to assume that the identities of the players are the same with those in the census.

163 Either Alexander Jones or John Jones.

170 The 1900 U.S. Census lists John Jones, Alexander Jones, Que Simpson and William Bryant residing at 405 South Whittington in Hot Springs. The 1900 Arlingtons team included players named Baby Jones, Jones, Simpson and Bryant, so it seems reasonable to assume that the identities of the players are the same with those in the census.

181 Cincinnati Enquirer, 8/2/1914, p.53. "He [boxing promoter Andy Mulligan] also managed and owned a colored team there [Hot Springs], and it was on his club that the famous ‘Rube’ Foster first started to play ball."