Biography
Connie Rector was the son of Lee Rector and Catherine Trigg.3 He grew up near Arkadelphia, AR, mostly without the presence of his father, who died when he was young.4 When he was 20, he married Gertrude McCloud5 and together, the couple had one son, Tom. The family, however, appears to have eventually been broken up.6 Rector remained in the Arkadelphia area until at least the latter 1910s, working as plumber.7

Rector spent a large portion of his life playing professional baseball, having an exceptionally long career that appears to have spanned at least 34 years. His first playing appearances likely came with the local Arkadelphia Cuban Giants in 19108 and the Malvern Tigers in 1911.9 In both instances, Rector played alongside teammate Charles Spearman, an Arkadelphia native like Rector who would also achieve success in Negro baseball. Rector's acquaintance with Spearman may have helped him gain entry into professional baseball, for in 1919, Rector and Spearman became teammates on the Dallas Black Giants. In addition to performing well as an outfielder,10 Rector quickly found success as one of the best pitchers in the Texas Colored League. In 1920, Rector and Spearman shifted to the league's Fort Worth Black Panthers. In one particular game against the Beaumont Black Oilers on Sunday, May 2nd, Rector defeated opponent Jesse Hubbard 2 to 1 by pitching 18 innings on only one run while issuing only one walk and striking out fourteen batters.11

As the 1920 season went on, Rector left the Texas Colored League and joined the Hilldale Club of Darby, PA. Rector may have earned the job through his connection with Louis Santop, a veteran Negro baseball catcher with whom Rector had been a teammate in Fort Worth earlier in the season.12 With Hilldale, an independent club, Rector pitched against various teams, including Babe Ruth and his barnstorming All-star team.13 Rector finished the 1920 season with Hilldale and returned to play with the team in 1921 and 1922, during which the club operated in association with the Negro National League. Rector's playing time was split between pitching and outfielding, and in both cases, he was generally productive, but was often reserved for relief roles.

Midway through the 1922 season, Rector shifted to the Brooklyn Royal Giants of the Eastern Colored League. In doing so, he rejoined his former teammate Charles Spearman for several seasons. Over time, Rector proved himself to be an effective starter of some notoriety for Brooklyn,14 but was often delegated to the outfield amid a crowded pitching staff that included Brooklyn regulars Dick Redding, Bill Holland, and Willis Flourney. 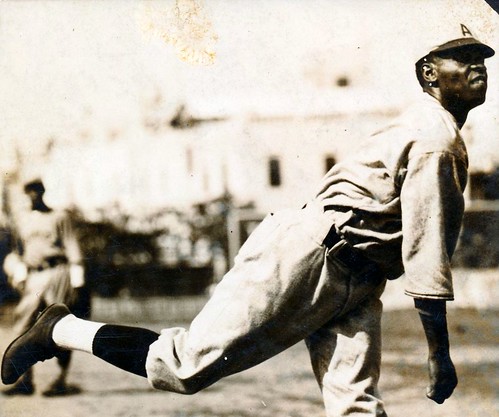 Rector continued in this role through 1926, at which point he was traded by the Royal Giants along with teammate Eddie Douglas to the Eastern Colored League's New York Lincoln Giants for Robert Hudspeth.15 The shift to the Lincoln Giants moved Rector out of the back of Brooklyn's rotation and into the front of New York's, spurring the best seasons of Rector's career over the next few years. While playing his third season with the Lincoln Giants in the short-lived 1929 American Negro League, Rector briefly rose to the top of black baseball and became what many considered the league's leading pitcher.16 According year-end statistics published by the Pittsburgh Courier, Rector finished the season with a remarkable 20-3 win-loss record.17 However, now pitching in his late thirties, Rector was unable to reproduce this success during a disappointing 1930 season in which his performance dipped considerably.18

Rector remained a regular starter in New York for several more years, even as the Lincoln Giants were reorganized under new ownership as the Harlem Stars in 1931 and again as the independent New York Black Yankees in 1932. Meanwhile, Rector was married to Leona White of Philadelphia in March, 1930. He also played several seasons of baseball in Latin America, beginning in the 1925-1926 winter season when he journeyed with Charles Spearman and numerous other black American players to Puerto Rico to represent Ponce.19 He returned to Puerto Rico again in 1926-192720 and also played two winter seasons in Cuba, first with Almendares in 1927-1928, and later with Cienfuegos in 1929-1930.21 Finally, before the 1933 season, Rector made one more trip to Puerto Rico with the New York Black Yankees as part of the team's spring training schedule.22

As Rector progressed into his forties, he continued to appear for the Black Yankees as a regular starter and reliever through 1935. However, as he began to decline with age, he began to bounce around with various New York teams. Early in the 1936 season, Rector briefly became manager of a local upstart team known as the New York Black Crusaders,23 but returned by mid season to the Black Yankees, which had entered the revived Negro National League.24 The following year, Rector joined the lesser independent Brooklyn Royal Giants, but again returned to the Black Yankees at the start of 1938. Midway through the season, he shifted to the New York Cubans and remained with the team through 1939.25 From there, he pitched for the Royal Giants26 and Norwalk Crusaders in 1940,27 the Black Yankees in 1941, the Pennsylvania Red Caps28 and Royal Giants in 1942,29 and the Black Yankees and Royal Giants in 1943.30 Rector's farewell season in Negro baseball finally came in 1944 at age 52 when he appeared as a regular reliever and starter with the Black Yankees. Despite his age, he occasionally turned in effective outings, including a complete game against the Baltimore Elite Giants in July.31 Rector subsequently retired from baseball, having played twenty-six professional seasons.

Excerpts
"Manager R. Lee Jones of the Dallas Giants stated that he has signed . . . an in fielder, Cornelius Rector"33 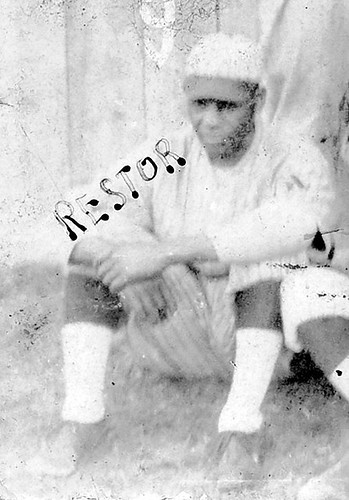 "Chaney White and Willis Rector will cavort in the pastures of the Philadelphia Hilldales the coming season. White and Rector are also former Giants and Panthers."36

"Rector is pitcher of parts and a better-than-ordinary outfielder."37

" . . . Connie Rector, recently acquired right-hand pitcher from the Bronx Giants [by the New York Lincoln Giants] in exchange for "Highpockets" Hudspeth. . . . Rector is a chunky fellow from Arkansas . . . "38

"Experience, ability and physical stamina are all embodied in the chunky right-hander [Rector] from Arkadelphia, Ark."39

" . . . Connie Rector, star right-hander of the Lincoln Giants. Rector has by far the best record for the year with a total of 20 games won against 3 lost."40

"We were awfully sorry that we had to miss both the wedding ceremony and the reception of Leona White, one of Philadelphia's most popular and efficient young women who was married to the equally popular ball player, Cornelius Rector, of New York City, on Saturday afternoon, at 3:30. Rev. William A. Harrod, of Cherry Memorial, joined the couple in matrimony. . . . The bride . . . entered the parlor of her attractively decorated home, 2040 Master Street on the arm of her father, Mr. Matthew C. White. . . . The best man was Leland Carter. . . . And so --the band new Mr. and Mrs. Cornelius Rector are now honeymooning in Atlantic City, following a strenuous round of pre-nuptial fetes, which must needs have betokened-- most eloquently-- the admiration of a host of friends!"41

"Connie Rector probably has been in the game longer than any other individual now playing . . . And Connie came up with a terrific hurling feat recently over in Yankees Stadium."42

"His able opponent in the duel was loquacious Connie Rector, Royal Giant veteran who talked while pitching to anyone who would carry on a conversation. Rector was much more generous with his speech than with fat pitches, however."43

"In the nightcap, the [Baltimore Elite]Giants were forced to come from behind to defeat veteran Connie Rector, who went into the seventh and final frame leading 2-1, with Jonas Gaines on the mound."44

3 The 1900 U.S. Census shows Cornelius Rector living with Catherine Rector and two brothers near Arkadelphia. Catherine is listed as the daughter of Anderson and Mandy Trigg and having three living children. The Arkansas County Marriages index shows that Catherine Trigg married Lee Rector in Clark County, AR, on December 14th, 1890.

8 "Sixteen Innings Required", Freeman (Indianapolis), 6/26/1910. A player named "Rector" is mentioned in the game recap. Also mentioned is a "Spearman," which is presumably Charles Spearman.

9 "Hot Springs Reds Win at Malvern, Ark.", Freeman (Indianapolis), 8/19/1911. A player named "Restor" is mentioned in the game recap. Also mentioned is a "Spearman," which is presumably Charles Spearman.

12 According to the Dallas Express, Santop spent the spring of 1920 in Fort Worth, playing for the local Black Panthers. It seems plausible that he, having caught for Rector earlier in the season (Dallas Express, 4/24/1920), could have assisted in earning Rector a job with Hilldale.